What is the Best Amount of Exercise? 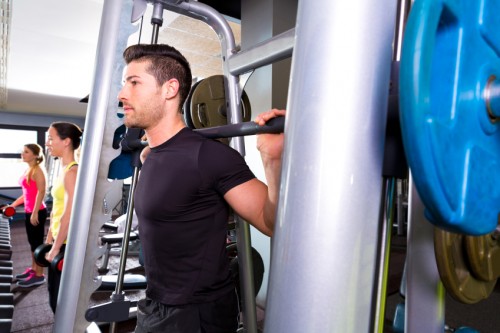 Based on the above advice, many people choos one of two options. Many people don’t exercise at all because they think that doing something they dislike just to increase their lifespan by a few months just isn’t worth it. Others exercise like crazy because they think it will improve their health and lifespan dramatically.

What choice have you made? Are you a couch potato? An exercise fanatic? Well, guess what? You shouldn’t be either because medical studies show that exercising a little bit reduces your risk of heart disease and premature death dramatically. Exercising beyond an optimal level has, at best, only a minor positive health impact.

The optimal level of and intensity of exercise is 450 minutes, or 6-1/2 hours, per week of moderate exercise, a study of 661,000 mostly middle-aged adults in the USA and Sweden concluded. “Those people (who exercised about 6-1/2 hours per week) were 39 percent less likely to die prematurely than people who never exercised,” reported The New York Times article “The Right Dose of Exercise for a Longer Life.” “At that point, the benefits plateaued.”

The 14-year study of 661,000 Americans and Swedish people did not figure out the benefits of intense exercise. However, a study of more than 200,000 Australians did. This second study concluded that people who exercised intensely were “9 to 13 percent less likely to die over a six-year period than those who engaged in only moderate activity,” reported “What’s the optimal amount of exercise?”

So, how much intense exercise will increase your lifespan? Here’s the good news: The answer is “not much,” researcher Klaus Gebel said. “Our research indicates that even small amounts of vigorous activity could help reduce your risk of early death,” he said.

One thought on “What’s The Best Amount Of Exercise?”