You have just finished exercising. You think you have burned a lot of calories during your workout. Knowing that you lose one pound every time you burn 3,500 calories, you think that you will be able to lose at least one pound per week as you strive to lose weight.

You also think that you shouldn’t eat shortly after you exercise. ‘I’m tired,’ you think. ‘But I don’t want to regain the weight that I just lost.’

Your “I don’t eat after I exercise” philosophy is wrong. “The post-exercise meal is critical to recovery and improves your ability to train consistently,” reports the article “What To Eat After Exercise.” If you are looking for the best way to refuel your body after long, strenuous endurance exercise, a 4:1 combo of carbohydrate and protein seems to be your best choice.” 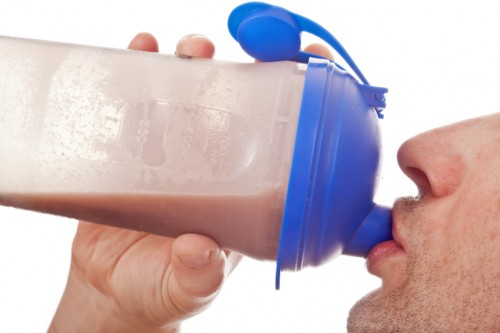 How To Choose the Best Post-Workout Foods

Not only should you eat after you exercise, you should “indulge” if you exercised for at least 45 minutes, according to this article in The New York Times. Sports nutrition expert John L. Ivy told the newspaper that people who have just finished cardiovascular and strength training exercises should eat foods or drinks with a lot of carbohydrates within an hour after the end of their workout. The carbs help you store more energy that will better prepare you for your next workout. Ivy also suggested eating carbohydrate-rich foods that include protein because protein rebuilds “muscle fibers frayed during during the workout.”

How much carbohydrates and protein should you eat? “What To Eat After Exercise” reports that research shows that you should eat 0.3 to 0.6 grams of carbohydrates for every pound that you weigh within two hours of the end of an “endurance” workout that lasted more than two hours. If you weigh 150 pounds, that means you should eat 45 to 90 grams of carbs after an endurance workout. Because the recommended carb-protein ratio is 4:1, that means you should eat roughly 11 to 22 grams of protein after an endurance workout.

The carbs you eat, though, within two hours of your workout should not include high-fiber foods, including beans, bran, and a large percentage of breads, fruits and vegetables because fiber remains in your stomach for too long. More importantly, you should make sure that you drink 20 to 24 ounces of water for every pound you lost during exercise. Yes, you should weigh yourself before and after you exercise.

What specific foods should you eat? The New York Times article, the article “The 10 Best Post-Workout Foods,” and the article “Pre and post workout snacks” recommend chocolate milk. It’s science. Medical studies show that bicyclists who drank chocolate milk after one workout were able to work out 50 percent longer during their next workout than cyclists who drank carb-replacement drinks. Post-workout chocolate milk drinkers also had more energy stored in their body, less body fat, more relaxed arteries, more blood flow to their muscles, and a more muscular body.

Other excellent post-workouts foods according to the aforementioned articles and the Men’s Fitness magazine article “Best Post-Workout Foods” include:

Now that you know what to eat after each workout, your body should be prepared for each and every workout from now on. Good luck.