Do you want to be a great athlete? If you do, you should drink Gatorade, according to commercials featuring professional athletes. In recent years, Peyton Manning, Tiger Woods, Dwyane Wade, Sidney Crosby, and Derek Jeter have all endorsed Gatorade.

Of course, the ads for Gatorade are pure hype. If you had the energy to exercise several hours more than Manning every day, you could never perform like him. But could you perform better in sports than you are now if you drank Gatorade or any other sports drink? In other words, are sports drinks good for you?

Are Sports Drinks Good For You? 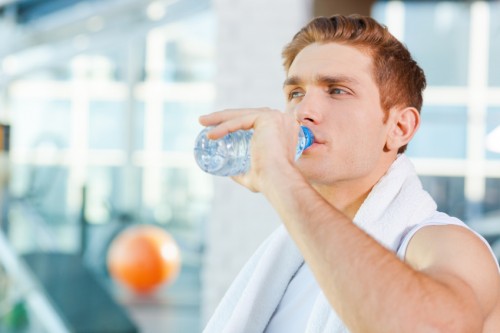 First, let’s take a look at what sports drinks are — and what they are aspiring to achieve. Sports drinks are supposed to be consumed by people during and after their exercise. While you are exercising your body:

Exercising can make you dehydrated. Generally, you become more dehydrated when you exercise intensely and sweat profusely. Sports drinks are designed to rehydrate you so you can recover from your exercise. People who recover better from an exercise can function better for the rest of the day. They’re also better prepared for exercises in the near future. People exercising intensely later in the day or the next day need to be rehydrated more than other people.

Water also helps people rehydrate. Sports drinks, though, contain carbohydrates that can be converted into energy as well as the minerals you lost during the exercise. Gatorade dominates the sports drinks market with a 75 percent market share. Other sports drinks include 100plus, Accelerade, All Sport, Coconut water, Herbalife H3O Pro, Hydralyte Sports, Isostar, Lucozade Sport, Powerade, Revive, Sqwincher, Staminade, and Vemma Thirst.

Below are some points made by people who have studied sports drinks. Some of the viewpoints differ from others.

The bottom line is that most people who exercise are better off with water than sports drinks. Professional athletes benefit from sports drinks due to the high intensity training programs they regularly put their bodies through. But for the rest of us, water will do just fine.

2 thoughts on “Are Sports Drinks Good For You?”